Collaboration for large mammals in the wetlands

On Wednesday 15th January, at the offices of the Management Body for the Prespa National Park, the first meeting of the LIFE18 NAT/GR/000768 ARCPROM project – ‘Improving human-bear co-existence in 4 National Parks of South Europe’ was carried out, focussing on the implementation of the project activities in the region. Amongst others, the main subject of discussion was the organisation of actions for dealing with the use of poisoned baits. Representatives from the environmental organisation Callisto participated in the meeting, together with representatives from the Rhodope and North Pindus National Parks, project colleagues from the Fine Arts department of the University of Western Macedonia and the University of Thessaly, as well as a representative from the EU monitoring unit for LIFE projects. Subjects which refer to the presence and the problems of large mammals in Prespa were discussed in the meeting, as well as the opportunities which the co-existence of people and bears presents. More specialised reports were made on the presence of large mammals in the wetland area, on issues arising during the management of the wetland, and on the organisation of actions that will ensure the protection of wetland biodiversity, including large mammals, as well as the need for systematic co-operation between LIFE ARCPROM and LIFE Prespa Waterbirds, the two LIFE projects that are both currently being implemented in Prespa. 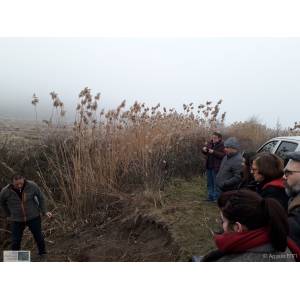 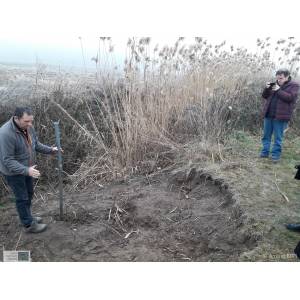