In a little corner, in the north western part of Greece, in the heart of Balkans and on the borders with the North Macedonia and Albania lies the beautiful area of Prespa. It is well known for its rich biodiversity concentrating in such small geographical range. A huge variety of birds, mammals, reptiles, amphibians, fish and habitat types, where many of them are rare or unique, attract the interest of scientists and researches and also a big number of tourists from all around the world. For these reasons the area is protected by national legislation and international treaties.

In 1974 it was proclaimed as National Forest and in 2009 was designated again as National Park following an extension of its limits.  The Prespa National Park, hosts over 2000 species and subspecies of plants, in 49 different habitat types, from which 7 of them are considered as priority habitat types. Species like, Phelypaea boissieri, or the aquatic Aldovarna vesiculosa, a carnivore plant, are found only in the Prespa National Park. The wild life is of great importance. Bears, wolves, wild boars, roe deer, are some of the big mammals that are found in the wider area. Smaller mammals like the wildcat, the otter, the ferret and more are also encountered there. Equally important are the fish that live in the lakes and rivers of Prespa. Twenty-three 23 species with 9 of them endemic of Prespa.

Prespa is mostly well-known for the birds. So far 279 bird species have been recorded in the area with 143 of them nesting in the area. The most popular of all in Prespa, are the mixed colonies of Dalmatian pelicans and great white pelicans. Prespa is home to the largest colony of Dalmatian pelicans in the world, with over 1400 pairs. Little Egrets, Great Egrets, Glossy Ibis, Black-crowned Night-herons, Pygmy Cormorants are some of the important species which reproduce in the reed beds of the Prespa National Park. The reed beds constitute a very important ecosystem and offer an ideal habitat for many species. 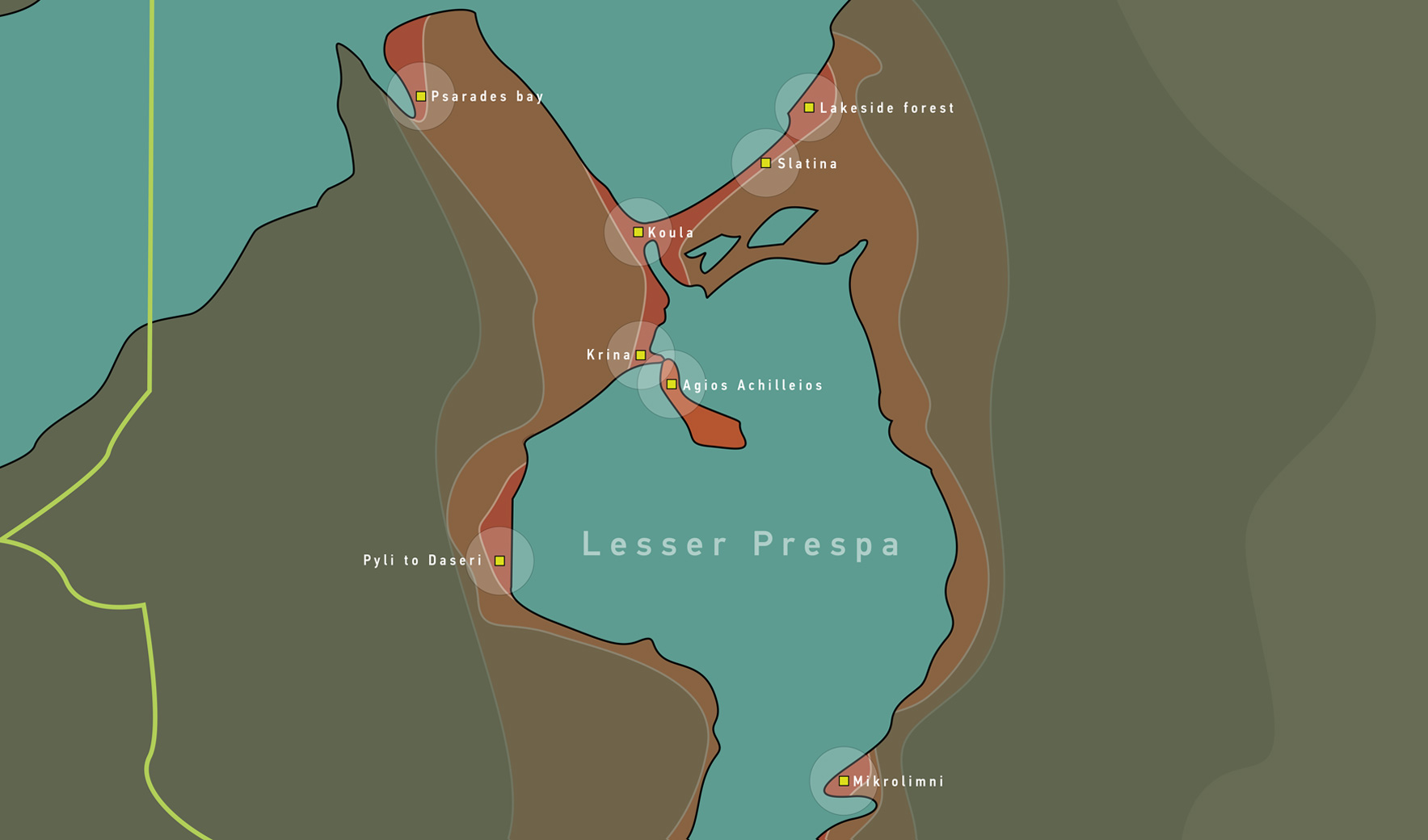