The project’s target species in the midwinter counts of waterbirds

On January, like every year in Lesser and Great Prespa, the midwinter bird counts took place. The midwinter counts occur simultaneously all over Europe and in Greece they are organized by the Hellenic Ornithological Society with the cooperation of many bodies and organizations, and hundreds of volunteers.

This year, on the Greek side of Lake Great Prespa, a total of about 3770 individuals from 21 different species were counted, a relatively low number compared to previous years. In fact, this count is among the three lowest ones over the last 33 years that midwinter counts are carried out in the area. In Lake Lesser Prespa, the numbers were closer to average counts for the lake, with 1920 from 24 different species.

It is important to note that among the species observed, also target – species of the LIFE Prespa waterbirds were recorded, such as the ferruginous duck (1), the pygmy cormorant (563), the Dalmatian pelican (204) and the great white egret (91), with the latter three species exhibiting the highest concentrations for the season of all years that midwinter counts are implemented. It appears that the mild winter conditions have affected these species, with several Dalmatian pelican constructing nests as early as the 5th January. However, this early arrival of pelicans creates some concern, as we are still at the heart of the winter and it is highly probable that some or all of these nests may eventually be abandoned, as pelicans face difficulties in covering the energy needs for reproduction. 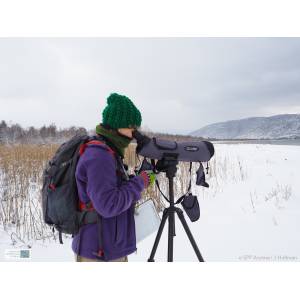 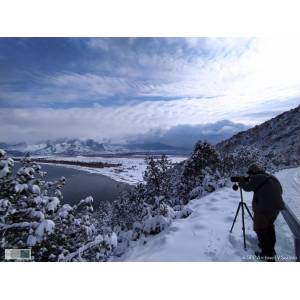 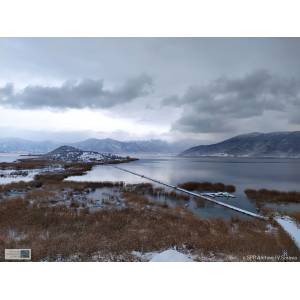