The school children of our area were prompted to seek the difficult and multi-facet answer to this phenomenally simple question, through a series of activities and interactive games. More specifically, the pupils of the local high school started off with discussions about the characteristics of wetlands and the role of biodiversity in wetland functions. After being introduced to the biodiversity of Lake Lesser Prespa and its role in the ecosystem, the pupils discussed the corresponding threats and how some of them are tackled by conservationists and stakeholders alike currently within the LIFE15 NAT/GR/000936 – Prespa Waterbirds project. The latter fed a heated debate, within which teams of “stakeholders” put forward their arguments in favor of different activities, but reaching consensus in the end for the benefit of the wetland ecosystem.

Younger pupils of the primary school met on Monday 03/20/2020, “created” their own wetland, observed the wetland functions and went into the details of the Lake Lesser Prespa food chain, understanding the value of every biodiversity component. Upon discussing the possible threats to wetlands an overview of conservation measures carried out within the framework of the LIFE Prespa Waterbirds project was provided and the children had the chance to create their own poster highlighting the value of biodiversity.

Similar environmental education activities were also carried out in the local schools of Prespa in the other two countries sharing the Prespa basin, as part of the project “Strengthening NGO-led Conservation in the Transboundary Prespa Basin” with the support of volunteers from Universities, who adopted and implemented the activities. Despite the differences in local conditions of wetlands, variability in biodiversity and dissimilarities in threats faced in each country, the children ended up with one unified message: BIODIVERSITY MATTERS, SAVE OUR WETLANDS. 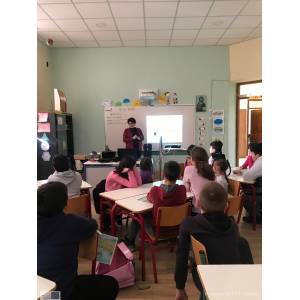 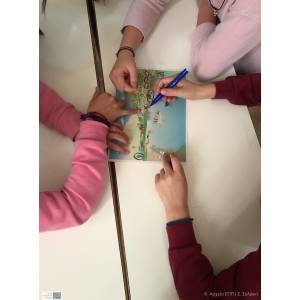 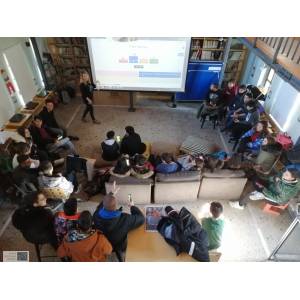 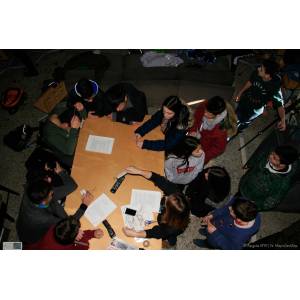